Are emojis the future of domains? 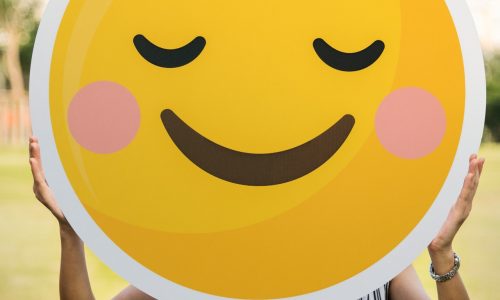 We’ve all had that moment when we sign up for a new service only to find our preferred domain name is taken. Divineflorist1234.com just doesn’t have the same ring to it as Divineflorist.com.

With so many domains already taken up, we’re seeking new ways to get the most out of our website and emojis may be the answer. More than just a fun extra keyboard, emojis have become a part of our culture – even gaining their own movie in 2017. But the question remains; are emojis the future of domains?

A brief history of domains

Domains began back in 1985 when websites were categorised by .com, .net or .org. In 1986 .au was introduced to denote an Australian website and is added to the other prefixes, for example .com.au. In 1990 when Tim Berners-Lee created the World Wide Web the internet was introduced properly into society and the standard domain as we know it was born, such as www.netregistry.com.au. Today there are over 19 million unique domains registered, with more being added each day.

Where did emojis come from?

At the same time during the 1980s, we found ourselves struggling to convey tone in our online messaging. To help with this, emoticons – such as the old smiley face :) – were introduced as a way to show emotion in our online communications. But, as with everything digital, these emoticons soon evolved when, in 1998, Japanese engineer Shigetaka Kurita developed the original set of 176 emojis. These original emojis are far different to those we are familiar with today; in fact, you can view the entire set in the Museum of Modern Art in New York. Emojis were popular in Japan since their inception but took much longer to reach global awareness. It wasn’t until 2010 when Unicode adopted the emoji and created a standard set that they made traction internationally. Their cult status was solidified when Apple added them as a standard keyboard to their devices in 2011.

The beginning of emoji domains

Despite the slow rise of emojis in cultural awareness, their value in the online world was apparent early. The very first emoji domains were registered all the way back in 2001. But it wasn’t until 2015, when Coca Cola used smiling emoji domains on billboards in Puerto Rico, that their value for promotional campaigns was being fully realised. The fun thing about an emoji domain is that it’s an opportunity to build brand awareness through a keyboard most people use daily. Imagine if every time they use a red rose 🌹 your florist shop came to mind?

The pros and cons of emoji domains

There are plenty of pros to using an emoji domain, such as personality in brand awareness and image association. The image factor is also a plus because it becomes a universal language. If you’re launching a global brand you can pass over language barriers by using an emoji domain to translate an idea, such as a nice cold beer 🍺, in every language. There’s also a significant portion of web traffic, around 62% in Australia alone, that is coming from mobile or tablet devices – which have emoji keyboards by default.

Despite their many promising qualities, emoji domains have their detractors. It is currently prohibited for a .com, .net or .org site to use an emoji domain and many of them are registered at .ws; the prefix for Western Samoa who are already on board with the emoji domain future.

Because not all browsers, apps and social platforms support emoji domains they must be registered twice; once in image form and once in their text format, known as punycode. For example, 🌹.ws may also be known as xn-2h8h.ws in some browsers, losing the impact of your red rose domain. In recent years, it’s been made possible to link a regular domain with your emoji one. For example, beer brand Budweiser currently own the domain 🍺🍺🍺.ws but in unsupported browsers you will be redirected to their home page instead. This way users will be given a domain that makes sense no matter which browser they are using, as opposed to a jumble of strange letters. Until emoji domains are fully supported by all browsers, apps and social platforms it’s likely many users will be redirected and missing out on the full effect.

There are also some security concerns since many emojis look similar. If a user doesn’t carefully screen which emoji domain they’re visiting, there’s a risk of them being directed to a scam site using a similar emoji.

There’s no denying that emoji domains are here to stay, the question is how much will they shake up the status quo? If we can work through the growing pains, there’s very likely a bright future for emoji domains.

Their potential for adding brand personality, breaking through language barriers and in mobile search means there’s plenty of reasons to adopt an emoji domain. However, they haven’t taken over the space of a regular domain, rather they’ve added a new element to your brand. For the major brands who have dipped their toes in the emoji domain waters, like Budweiser and Coca Cola, it was in addition to their regular website presence. It’s likely that both a regular domain and an emoji domain will be the way to go in future.

One thing we can say for sure is that the domain landscape is changing. As competition for unique domain names increases, emojis and other alphabets may be used to simplify the user experience and bring extra personality to your brand online.

Start your online journey with Netregistry

Building your online profile should be easy, and with Netregistry it can be. We can help you every step of the way – from domain names to building your website and complete online marketing packages to get your business noticed. Reach out to our team on 1300 638 734 to discuss your online business needs today.

Hello! How can we assist you today?

Is your enquiry about a new or existing service?