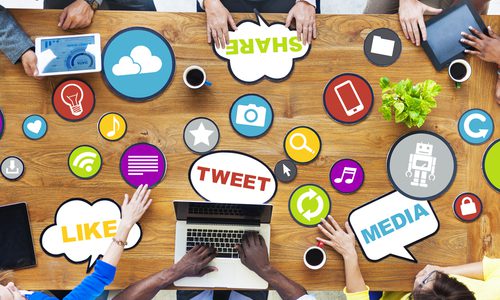 With more than 60% of the entire Australian population using social media, it’s become one the best places for local businesses to reach their target market.

This can clearly been seen by the rapid adoption of social media by small, medium and large Australian businesses. There’s no question that social media is a must in 2016, but many businesses debate whether they should use organic methods or paid advertisements.

Which is best? Let’s find out.

Organic social media posting means you do not pay to reach your audience. Every update you make is shown to only your fans (and usually only a small percentage of them), and their friends if they decide to share or interact with your account.

Organic posting is commonly used by small Australian businesses who don’t have a marketing budget for social media or lack the knowledge to run paid adverts. Growing a social media following using organic methods is certainly a lot cheaper but very time consuming.

Paying to promote on social media

Facebook, Twitter, Instagram, SnapChat and even Pinterest allow local businesses to advertise their products, services, blog posts, and videos to their audience. The biggest benefit of paying to promote is that you can choose who views your content via the targeting options on each platform.

When posting organic statuses you have no control over who views your advert. Facebook uses a complex algorithm to decide who sees your content, and Twitter recently announced that they too are going to update their algorithm.

The obvious downside to paying to promote is that it costs money. If you’re targeting a competitive audience and there’s competition from other advertisers, it can get quite expensive.

Organic vs. paid – who wins?

You shouldn’t be thinking about using only one or the other, but rather combining both together. When you start out on social media, you’ll have zero followers and it can take a lot of effort to get your social media account rolling.

If budgets allow, it can be a great idea to run a short paid campaign to get users to follow your account. Once you have a few hundred followers, you can end the campaign and start posting organic updates which your newly gained fans will interact with and share to help you reach more people.

When running time-sensitive offers, again it’s a great idea to run a paid advert promoting your latest offer, as these sorts of adverts have a high probability to generate you a much greater ROI.

Visit any social media page of a successful startup or local Australian business and you will see they use a mixture of organic and paid promotions.

A great Invesp infographic revealed that 4 out of 10 social media users have purchased an item after sharing it on social media, while 78% of users admitted that companies’ social media posts impact their purchasing decisions.

Social media is a great tool for local businesses. Which method will you use to grow yours?